The best season to visit most of Thailand is between November and March when it rains the least and is not yet too hot. It is also during this period that the main festivities take place and where certain parts of the country being invaded by foreign visitors.

To go to the northern mountains, it is better to opt for the hot season (from March to May) or the beginning of the rainy season (June-July), the temperatures being milder at altitude. On the other hand, it is preferable to avoid the North-East and the Center from March to May: temperatures can then exceed 40 ° C. When the rest of the country is crushed by the heat, more constant temperatures make it pleasant to stay on the islands and beaches from the South.

The country benefits from very varied climates, within particular monsoons coming from the south-west and north-west. It rains more and longer in the South, subject to two monsoons. It is possible to travel during the monsoon, although some unpaved roads become impassable – be careful, however, as many infrastructures close during the rainy season, which marks the low tourist season.

During the dry season, the temperature can become 39 ° C in the plains of the North-East; during the cool season, it drops to 13 ° C in Chiang Mai. In the South, the amplitudes are lower.

The monetary unit is the baht (B), which is divided into 100 satang’s; there are 25 and 50 satang coins and 1, 2, 5, and 10 B coins. The old coins only have Thai numbers; the new ones have Thai and Arabic numbers. The 2 D piece is the same size as the 1 D piece, but it is gold in color. The 2 satang coins are only distributed by supermarkets when the prices are not rounded as is the case elsewhere.

You can withdraw cash (in baht only) from ATMs in Thailand. These are very widespread throughout the country. The downside is that withdrawing money from an ATM now costs 150 B per transaction (international transfer), regardless of the conversion rates and fees of your bank. This means that ATMs are much more expensive today than before. Before leaving for Thailand, we advise you to compare the banks which will allow you, if you open an account there, not to pay additional fees to international ATMs and to be reimbursed for commissions when you use the ATMs of other banks.

Aeon is the only Thai bank that we know of that does not charge this 150B for international accounts. Distributors, which are quite rare, are often located in Big C stores.

Many stores, hotels, and restaurants accept payment by credit card (Visa and MasterCard in particular). The American Express card is generally only accepted in large hotels and restaurants.

Before you leave, report your trip to your bank.

Cost of living in Thailand

Thailand remains an inexpensive destination by Western standards. Rates are higher in Bangkok than in the rest of the country.

It is possible to live in comfort in € 25 a day, or even less by sleeping in cheap guesthouses, eating at street stalls or in local restaurants, and traveling by train or public bus. For a little more comfort (air-conditioned bungalows, plane transfers, romantic dinners, boat trips, and motorcycle rentals on the islands), count around € 50 per day. At the top of the scale, prices soar and know no limits.

Inhabitants of France, Belgium, Switzerland, and Canada can enter Thailand without a visa, by presenting their passport valid for another 6 months after their return date. They can stay there for 30 days if they arrive by air, and between 15 days (Belgium and Switzerland) and 30 days (France and Canada) if they arrive by land.

No vaccine is required to travel to Thailand, except for the yellow fever vaccine for people coming from infected areas. On-site, the quality of medical infrastructure varies from one region to another. Large cities and tourist regions are often well equipped and Bangkok has excellent hospitals. In rural areas, the risks of contracting illnesses are greater and the difficulties in obtaining treatment are greater. Tap water is not drinkable. It is strongly advised to have an effective treatment against mosquitoes, which in particular carry dengue and malaria. The use of traditional medicines is very ordinary in Thailand.

Thailand with the family

For Thais, who easily go into ecstasies over the smallest “cute” thing, foreign children, with such an exotic look, instantly become the center of attention, even breaking down the barriers of natural shyness.

Even babies become stars here, and manage to turn gruff taxi drivers into sweet uncle making endless “já ăir” (hello!). If you buy food on the street with a baby in your arms, expect the merchant to offer to hold the child while you eat – and then he will take him for a walk to say hello to the others.

Somewhat older children are often afraid of people they do not know, a behavior that does not fit well with the passionate interest Thais have in children. A polite way to explain this attitude and cut off further “assaults” is to say that he is “ki aye” (shy). If you are touring with children who are in this stage of their development, the easiest way is to stay in very touristy areas and avoid remote corners of the country, where any foreigner, let alone a child, attracts general attention.

Traditions and customs in Thailand

About 94% of the population is Buddhist, less than 5% Muslim – especially in the south of the country – 1% Christian, and 0.5% animist. Buddhism occupies a central place in Thai social and political life.

A certain Savoir-Vivre is useful and some customs must be respected.

– Take off your shoes: in all temples, most guesthouses, some shops, and private homes. Some museums should even be visited in socks! Therefore, opt for shoes that are quick to lace up and unlace…

– Greet each other politely: in general, Thais do not shake hands. The traditional salute is the wai, that is to say, the 2 joined hands, with a slight inclination of the bust … although its use, subject to very precise rules, is hazardous.

It is always to the socially “inferior” (or to the youngest) that the initiative of the gesture falls, and the response is often limited to a slight smile. In short, rather than “waier” at all costs, preferably use your smile, it’s easy and it makes you beautiful!

Expect to be pointed by your first name instead. This is the usage here, usually preceded by Khun (Mr., Mrs. or Miss).

– At the restaurant: we do not share the bill. We usually eat with a spoon, the fork is used only to push the food. There is never a knife, and chopsticks are reserved for Chinese restaurants.

– Body gestures: you should never touch someone’s head, because it is the seat of their soul, and this gesture can be considered as contempt. You have to avoid showing someone with your foot or stepping over them if they are on the ground, it is very disrespectful. Always use the right hand to pick up an item given to you, give a gift, pass an item, or eat. The left hand is in fact normally used to clean up after the big commission.

Thailand has a large choice of accommodation at a wide variety of prices, ranging from reasonable prices to upscale. If the reception team does not speak English, ask for a hôrng pát lom (room with fan) or a hôrng aa (air-conditioned room).

In this guide, two different classifications have been used to indicate accommodation rates (budget, medium category, superior category). Note that these are the prices in high season without reservation. 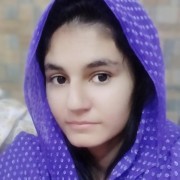